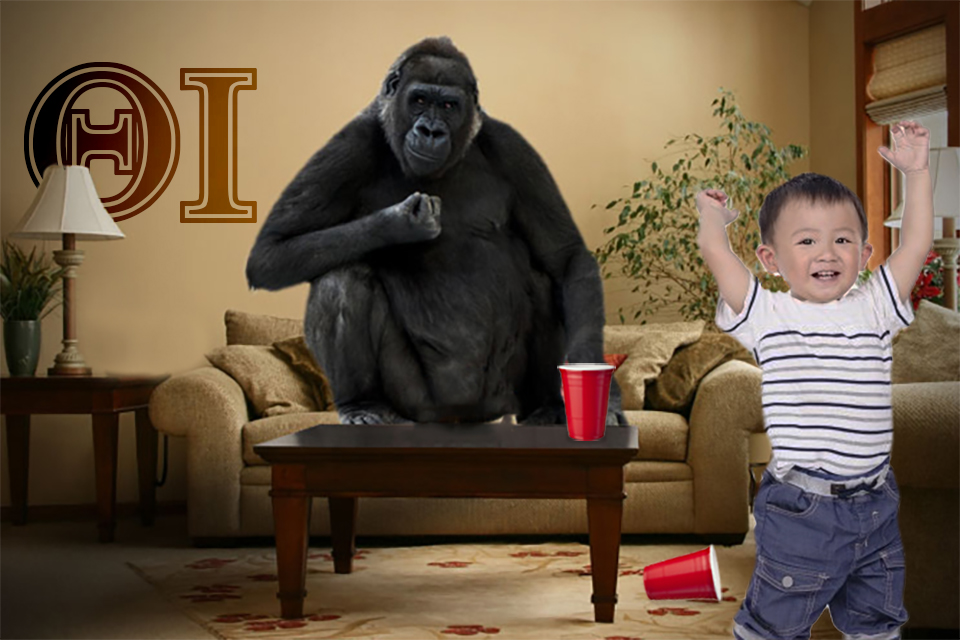 The internet is in a tizzy after videos surfaced last week of a young boy wandering into a fraternity house. Four-year old Johnny Johnson, who was on a tour of WPI with his mother and older sister, reportedly ran away from the tour group and slipped in the open front door of a fraternity house.

“It all happened in the blink of an eye.” said a worried onlooker. “One second he was next to his mother and the next he was in a very dangerous place.”

Before anyone could react, a startled 21-year-old, affectionately known by his brothers as McCoy McDoubleshot, rolled off his couch, where he had been sleeping off a nasty hangover, and approached the boy. The confused beast, who weighed in at over 250 pounds, was seen staring down at the child; a mixture of vomit and dip spit trickling from his mouth.

Taking no chances, the Student Life Department stepped in and promptly shut down the fraternity chapter, which has long been classified as endangered, due to habitat destruction and lesser factors including serving to minors. The child, who was clearly alarmed by the terrifying encounter, was quickly rescued, but not before receiving severe emotional scarring.

The incident immediately sparked debate from fraternity rights activists and millennials alike, prompting many critics to ask, “Why was tranquilizing the chapter not an option?” Many users took to Twitter to express their outrage.

While many blame the mother, The Institution stands by their decision, saying the frat guy was acting unpredictably. Scientists believe otherwise.

Dr. Robert Gilmore, who specializes in fraternity behavior and psychology, says that from the video, it doesn’t appear as if the man is acting in a threatening manner but was rather trying to help the child find his way out of the house. “The movements were not at all indicative of a threat but rather a slightly agitated, hungover state –very typical of this species of frat guy.”

Gilmore went onto explain, “This particular creature was a northern frat guy. It is differentiated from its close relative the southern frat guy, mainly by its lack of characteristic American flag Chubbies. It’s very sad. I really don’t think the child was in any danger. This species tends to be more mild-mannered. I mean this isn’t the Stanford swim team we’re talking about.”