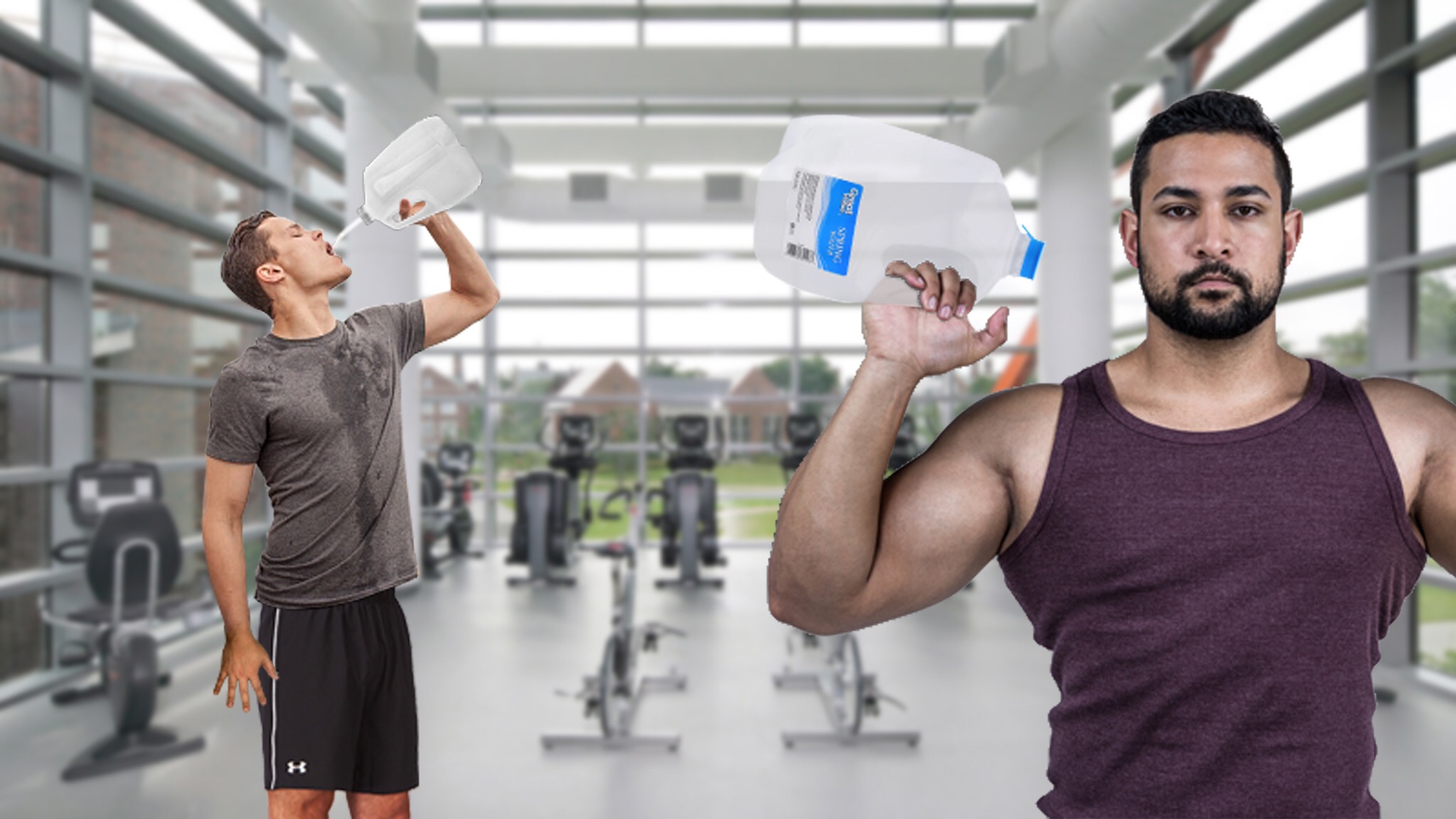 Simultaneously fashionable and functional, the gallon water jug is perfect for your average buff dude on the go. Before the jug, dehydration prevailed, its only challenger the meek, 32-ounce Nalgene. But now, post-Jug Revolution, WPI has entered an era of peace and prosperity where bros can finally drink the gallon of water they need between squat jumps and donkey kicks.

The jug’s presence on campus has grown tremendously in the past academic year, gaining somewhat of a cult following. Experts estimate that Jug Users, referred to collectively as the ‘Jug Club’ or individually as ‘bruh’ make up nearly 7% of WPI’s campus population.

Jug Club members rarely communicate verbally, save the occasional grunt accompanying their efforts at the Recreation Center. But despite the language barrier, The Institute was able to flag down the attention of two Elite Jug Clubbers for exclusive interviews about their favorite water-carrying vessels.

“CONSTANT. HYDRATION.” Jug Club spokesman Chad ‘Frat Daddy’ Toledo exclaimed before we had a chance to ask any question. “Do I have to pee every half hour? Yes. But have my traps ever looked this defined? Hell fucking no, dude.”

When questioned about the inconvenience of the jug, Josh ‘The Glock’ Johnson instinctively defended himself exclaiming “What’s your PR bro?” before calming himself down by punching a locker. Further questions were met with minimal eye contact and the unnecessarily loud dropping of kettlebells.

No further questioning was attempted.