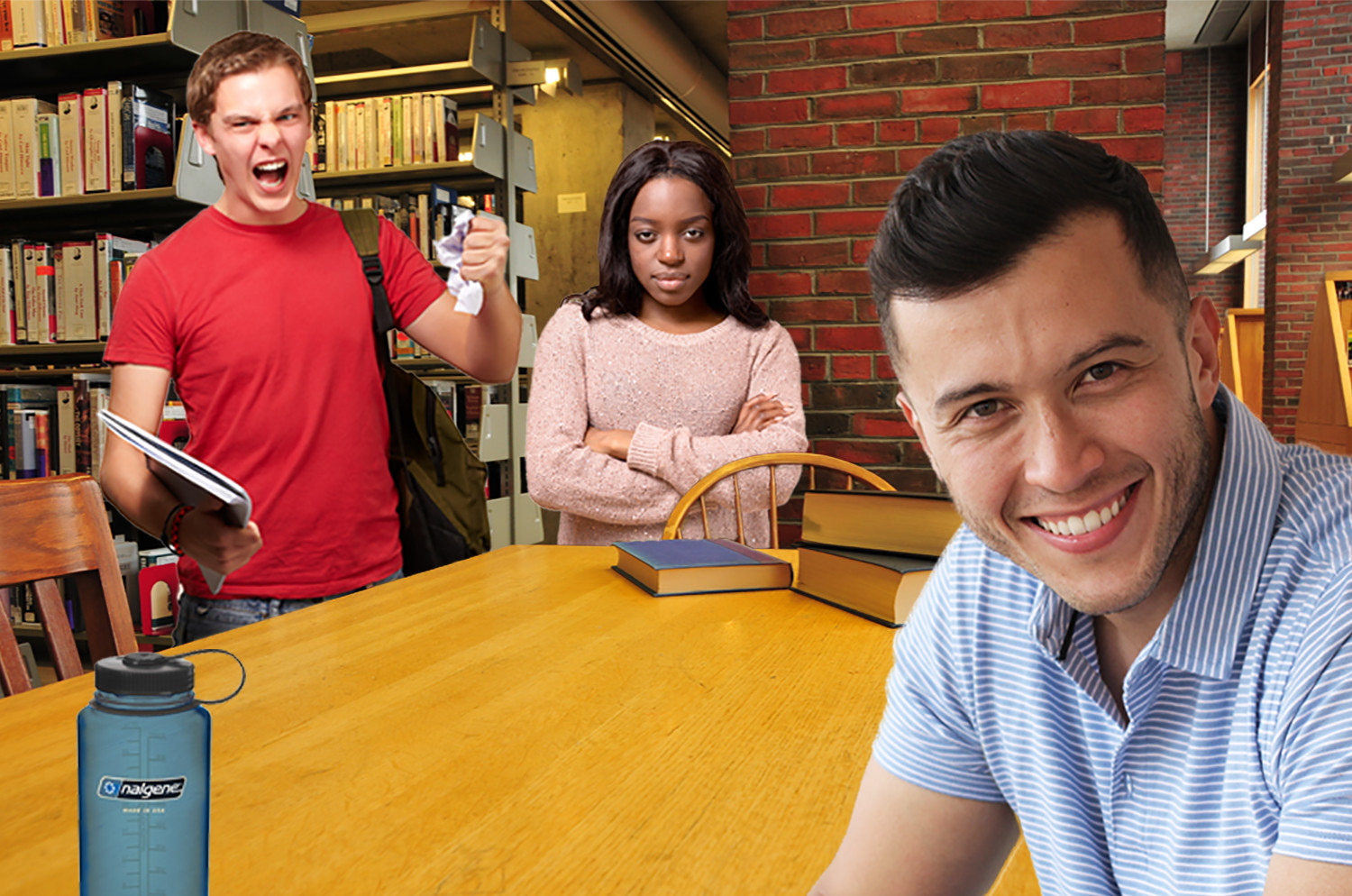 At approximately 3PM local time, sources reported that WPI sophomore Jerry Thompson walked right past the desks designed for individual use, and sat himself down at a library table designed to fit anywhere from 6-8 individuals.

In contrast with earlier assumptions that he was simply reserving a table for a group meeting, Thompson told Institute reporters that he was in fact working alone, with no intentions of meeting up with other students – a development which sparked cries of outrage from tables as far away as IT Help Desk.

Top table engineers at TableCo Inc. confirmed that the table was indeed designed to seat 6 individuals, but could safely accommodate up to 8 depending on the availability of auxiliary chairs.

A resourceful engineer at heart, Thompson reportedly reserved an entire chair for backpack storage, and used another for a footrest, while splaying his work widely across the table.

“Damn, it’s really packed in here today,” noted Thompson astutely before discreetly placing his Nalgene in front of a fourth seat, as if to suggest a presence of other peers, who had simply gone to the bathroom for a second and “would totally be right back.”

At press time, Thompson was seen slowly scrolling through his Facebook news feed to the disgust of passersby.